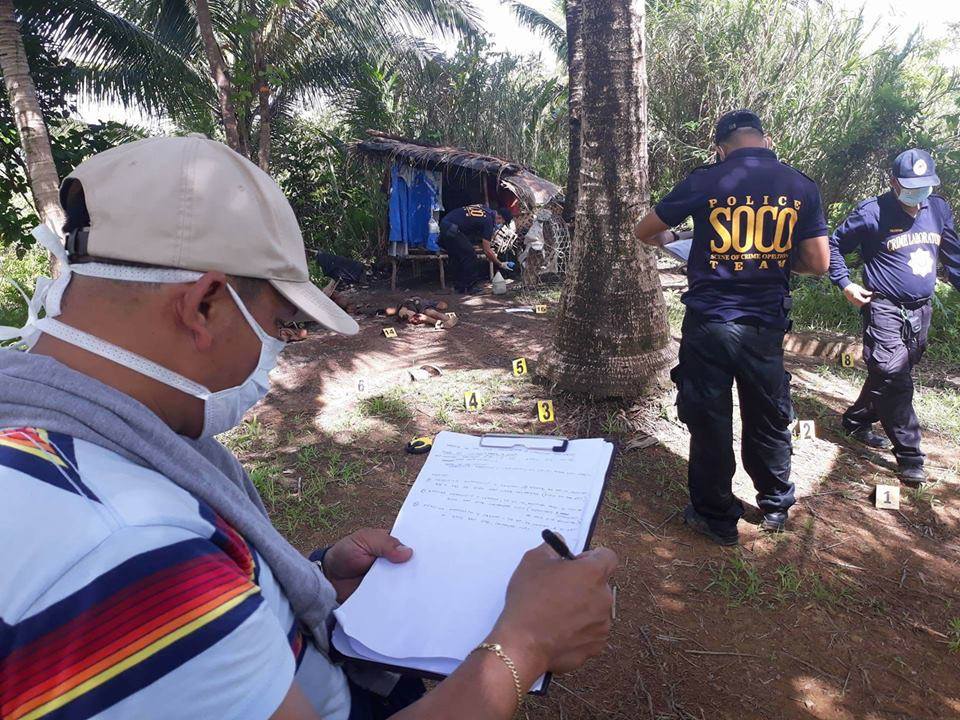 (Crime Scene at Sitio Inacawan, Barangay San Jose, Lower Happy Valley)
CALBAYOG CITY – Two pairs of father-and-son in two separate rural areas have fallen victims to armed men believed to be operating as gun-for-hire for quite a time in the city. These are two separate shooting incidents happening within a span of six days.

The first incident claimed the lives of both father and son. The son was candidate for Punong Barangay (village chieftain), while the second incident spared the life of a wounded father but whose son was shot and beheaded. The wife of the son is running for the position of a village councilor.

Both of these incidents happened several weeks before the Barangay and Sangguniang Kabataan Elections will be on May 14, 2018.

Reliable information indicates that all of the victims herein named are supporters of the current city administration. 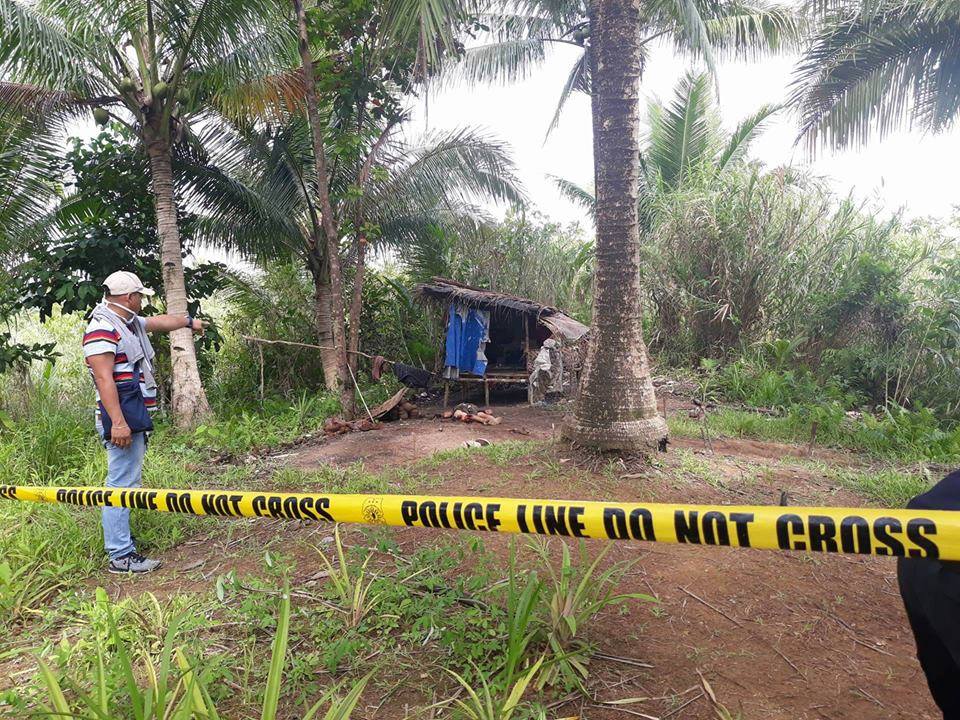 A farmer was shot and beheaded while his father sustained several gunshot wounds during an early morning surge by several armed men in the victims’ farmland. Cases Murder and Frustrated Murder are filed against a suspect who is in custody of the police officers.

Teodirico Francisco, a 56-year-old farmer was beheaded after his body was riddled with bullets during an attack by yet an undetermined number of heavily armed men early morning of May 02, 2018 while victim and his aged parents were at the yard of their farmland in Sitio Inacawan in Barangay San Jose, a rural area in the city. Victim’s severed head was found among the weeds some 100 meters away from the body.

Another victim, Teodirico’s 75-year old father, Rodrigo Francisco, who also suffered bullet wounds on his right arm and the right abdominal portion of his body is tucked away safe and recovering in one of the hospitals of the city. 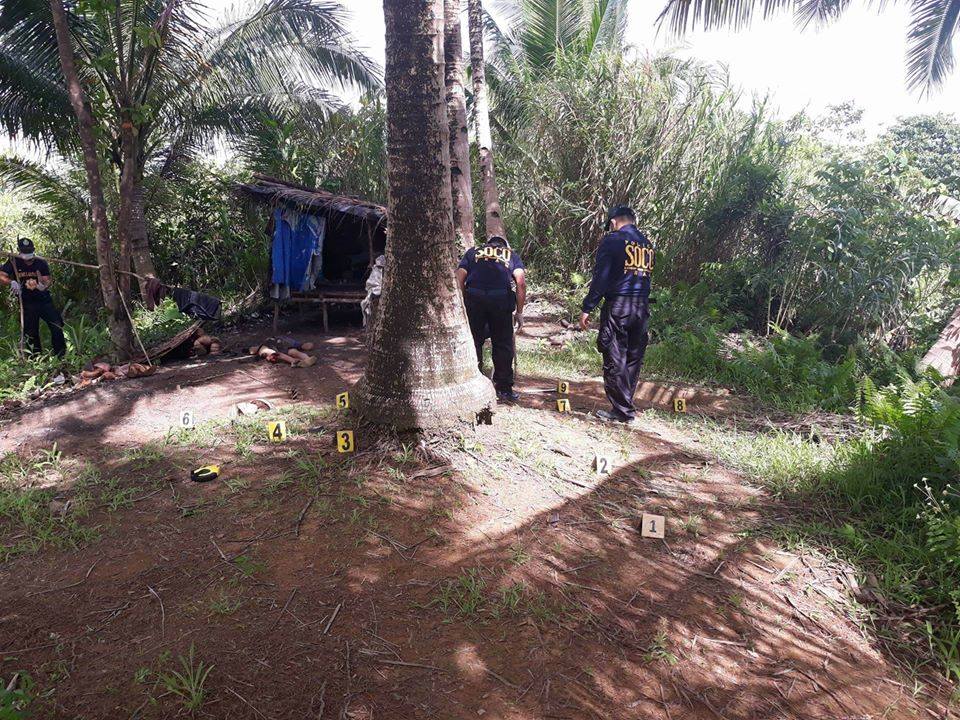 Seventy-five-year-old Procisa, wife of Rodrigo and mother of Teodirico, who was also in the area of the attack, managed to escape unharmed by running away from the attackers towards the back portion of their nipa hut. Wife of beheaded victim, Jaquilla Franciso is a candidate for village councilor.

During the hot-pursuit operations in the afternoon of the same day, several of the village men were invited for interrogation at the city police headquarters but who were also allowed to go home except for Edgar Elbano.

According to arresting officers, SPO1 Reynaldo Lauderes and PO2 Shervin Martin, Elbano was identified by the suspect’s son to be Teodirico’s actual shooter having been seen to be among the group of men who killed his father.

Elbano now faces cases for Murder and Frustrated Murder filed against him with the Office of the City Prosecutor against Elbano.

Aside from bullet shells of varied caliber that were gathered, two pieces of jungle bolos were also found from the crime scene.

Barangay San Jose is one of the Barangays in the Lower Happy Valley area of the city. 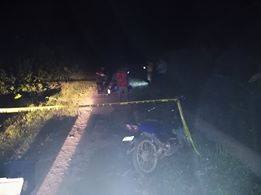 Candidate for village chieftain (Barangay Chairman), Christopher Branzuela and his father Melanio were aboard a motorbicycle driven by the former with another rider Juanito Arneo, on their way back home to Barangay Catabunan from Barangay Rizal on April 26, 2018 when they were ambushed by three (3) heavily armed men who strafed them when they reached the area of their home village.

Responding police officers found two dead bodies beside the motorcycle later known to be that of Christopher Branzuela and his father, Melanio. Reports reaching Calbayog Journal says that the face of Christopher was already beyond recognition as it was riddled with bullets.

The third rider, Arneo, a senior citizen managed to escape from the area unharmed but would not know to which direction the assailants fled.

According to police investigators on the case, a lead as to the suspects has already been established and is just awaiting verification of the data that is at hand.(CJ)