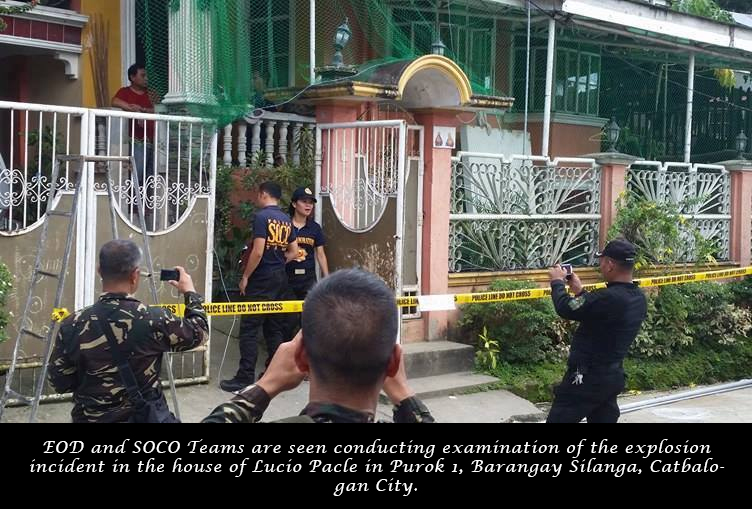 CATBALOGAN CITY – Two minors were hurt in the first of two successive grenade blasts that happened twenty minutes apart in the city during the wee hours of March 03, 2017.

Seventeen-year-old female, Faith Rosales was on the street waiting for a ride to her home in Barangay 10, while six-year old BJ Bernate was inside their house sleeping when they were hit by splinters of the grenade that exploded in front of the house of the Village Chief, Ma. Elfa De Jesus in Barangay Canlapwas at around 1:30 AM. Both of the victims suffered minor injuries and were provided immediate medical attention. 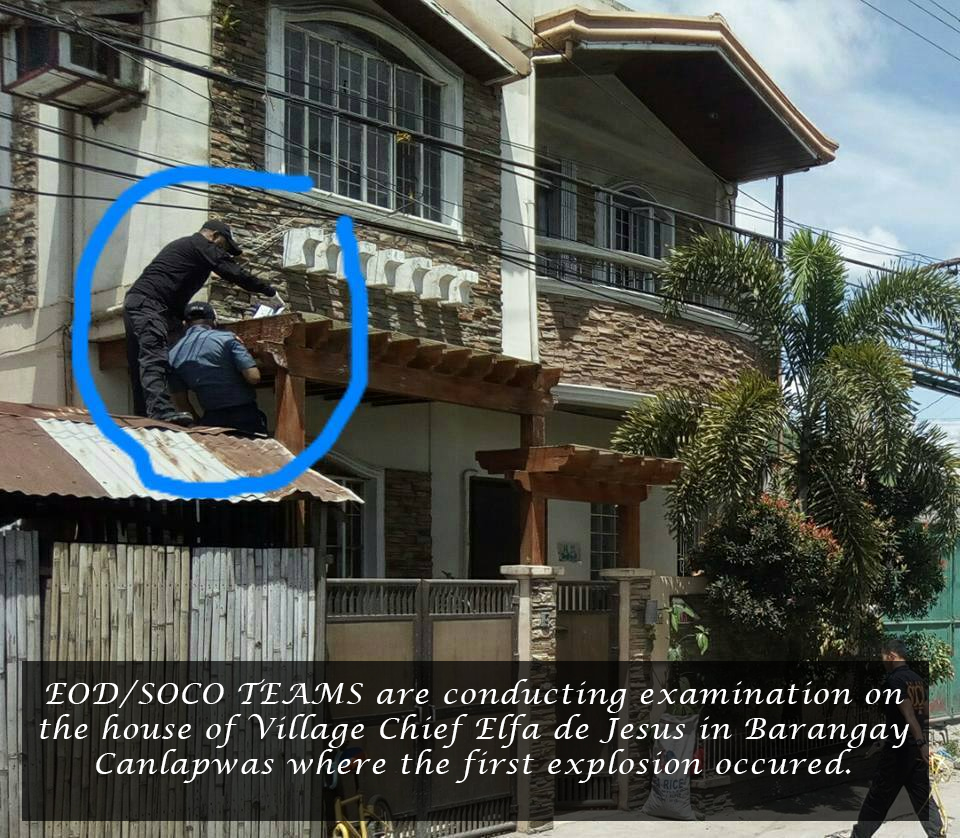 “The two riding-in-tandem suspects used a single black-colored black motorcycle and were clad in jackets and ball caps when they lobbed the explosive that blasted outside of the concrete fence of the De Jesus property,” the police reported on accounts of witnesses investigated.

Twenty minutes after the first explosion in Barangay Canlapwas, another explosion was heard and was located in Purok 1, Barangay Silanga, Catbalogan City inside the property of Lucio Pacle. Damaging a portion of Pacle’s Mitsubishi Pajero which was parked inside the compound and causing shrapnel holes on the steel gate, as well as other deformities within the vicinity, the blast did not hurt nor caused injury to any one. 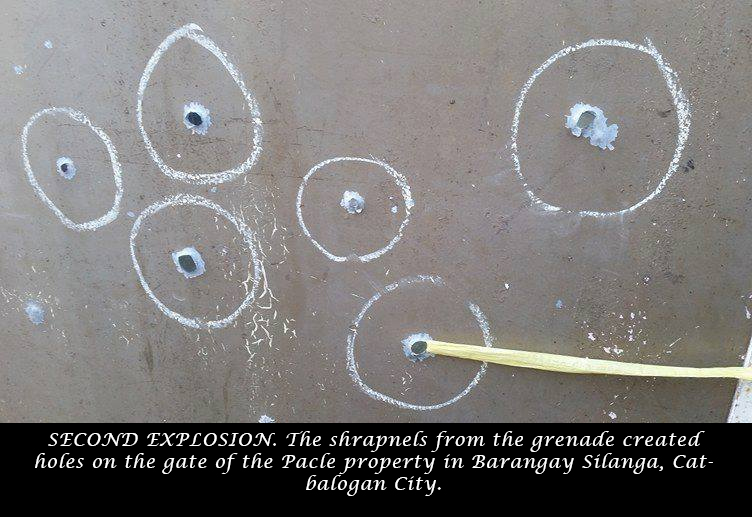 Police initial reports contain that witnesses described the perpetrators to be wearing jackets and bonnets and were riding on a black-colored motorcycle at that time.

As of press time, investigation is still on-going after the Explosive Ordnance Division (EOD) and Scene of the Crime Operatives (SOCO) teams conducted examination of the blasts scenes.