Story By: ELADIO PERFECTO
Photos sent in by J-Reyes Villa 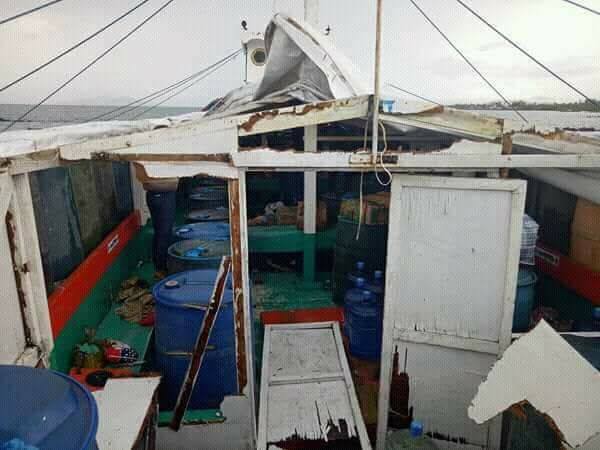 Police authorities identified the fatalities as Reynaldo Delabajan, 28, an employee of the National Power Corporation (NPC); and Pedro Alimoot, a fisherman, resident of Brgy. Costa Rica, all of Sto. Nino, Samar.

Two (2) other passengers who sustained injuries from the bolt were rushed to Calbayog District Hospital. Injured were Peter Alimoot, 26, student, (brother of killed victim Pedro), resident of Costa Rica, Sto. Nino, Samar and Jovane Campoamor, crew and a resident of Almagro, Samar. 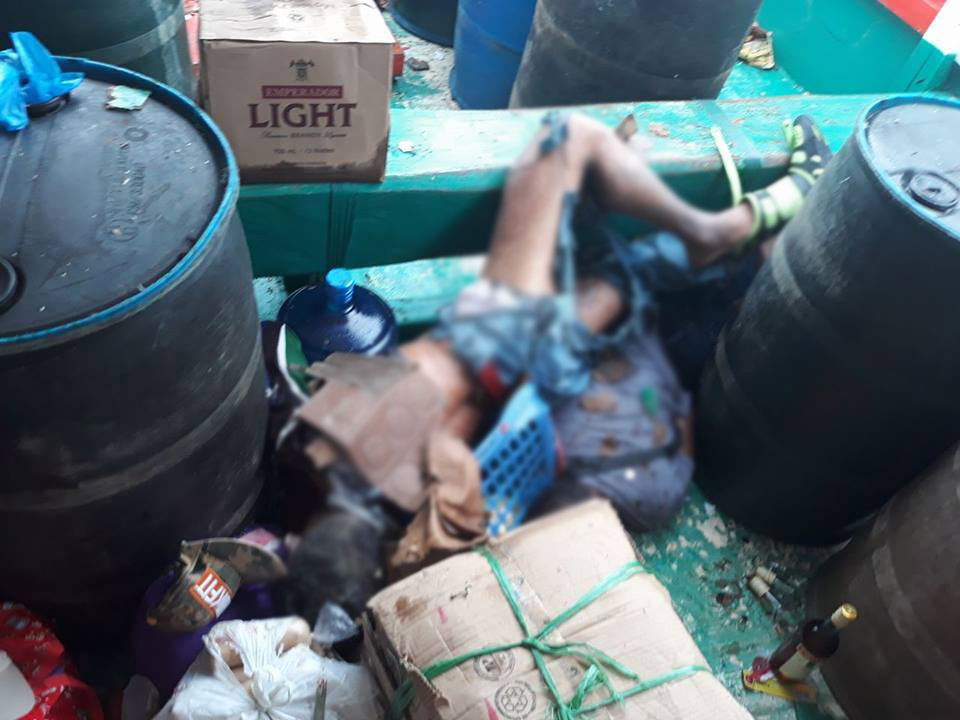 (One of the fatalities hit by lightning that struck the passenger motorboat is shown in this photo.)
Information from the city's police chief, Police Superintendent Jose Junar Alamo confirmed early reports that the passenger boat, M/B Justine Joy, bound for the island Municipality of Sto. Niño was docked at the city's wharf when lightning struck.

The lifeless body of Delabajan and Alimoot lying and bathed in blood were seen by the police team that was dispatched immediately after the police station received a report about the incident thru a call from a concerned citizen.

Thru a phonecall to Calbayog District Hospital, Calbayog Journal was informed that both Peter Alimoot and Campoamor were out of danger.(CJ)