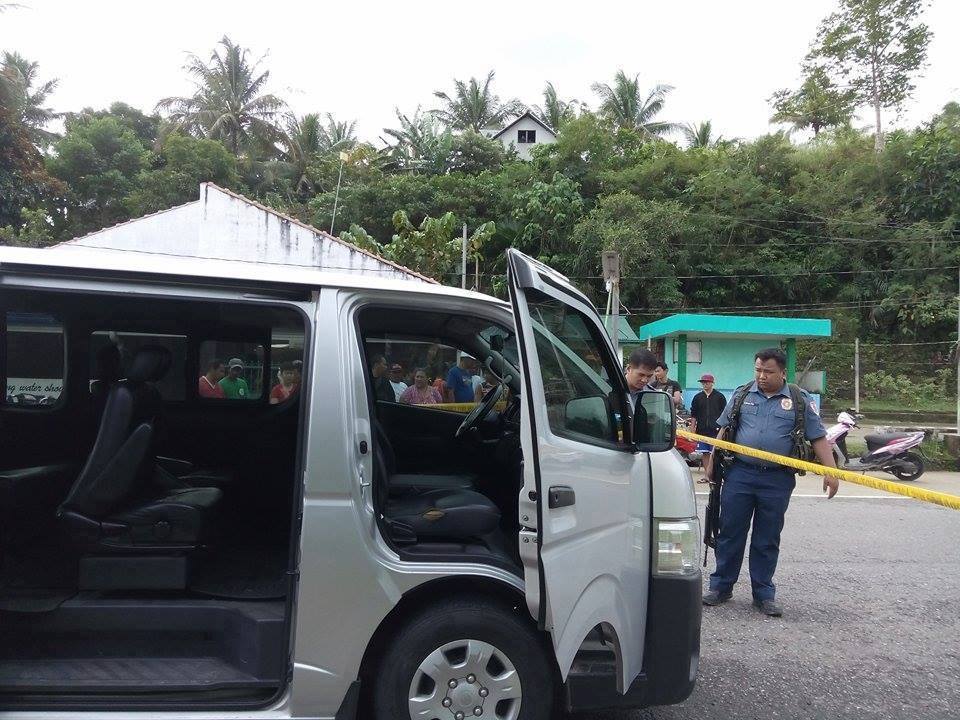 SAN JORGE, SAMAR – The driver of Vice Mayor Nancy Grey was wounded when the van he was driving was suddenly fired upon by unidentified gunmen at around 10:10 in the morning of February 6, 2017 along Maharlika Highway in the vicinity of Barangay Mancol.

Catalino Obaob suffered minor injuries on his left leg when a staccato of gunfire suddenly hit the van he was driving and was just a few meters away from the house of the Vice Mayor where they took off.

In a phone interview, Calbayog Journal was informed by PO1 Edsel Tan Omega of the San Jorge Municipal Police Force, that initial findings point that the perpetrators were positioned somewhere in a high ground just across the residence where Vice Mayor Grey and her children live.

Police reports say that Vice Mayor Nancy Grey was not hurt and is currently safe somewhere with her family.

Barely five days ago, in January 31, 2017 three properties of the Grey family were subjects of blastings. The incident prompted the augmentation of forces. Two teams from the Regional Public Safety Batallion (RPSB) and the Provincial Public Safety Command (PPSC) were deployed in the municipality.

Mayor Joseph Grey, in a phone interview, expressed dissatisfaction about the services of the police force in the municipality and the province for failure to even provide the least of security to him and his family.

“I don’t understand the kind of services that the police force is delivering under the circumstances. I thought they owe me some kind of courtesy being the Municipal Chief Executive. The OIC-Provincial Police Director was here in the municipality but did not pay me a visit in the office. I was informed about a close-door conference between the Municipal OIC-Police Chief and him but without any coordination with my office on matters that will address the present chaos involving particularly my family.”

On the other hand, OIC-Provincial Police Director, P/SSupt. Feliciano Romero informed that instructions are properly disseminated to the OIC-Municipal Police Chief.

“The provincial police command provided additional police patrol car to support mobile monitoring and patrol over the municipality. A check point in the corners of Maharlika Highway and China Road is currently installed to be able to keep a good watch over the house where the Grey family stays. Also, Mayor Grey has the authority to give instructions and/or coordinate with the Municipal police chief on actions that may be necessary within any circumstances,” Romero said.