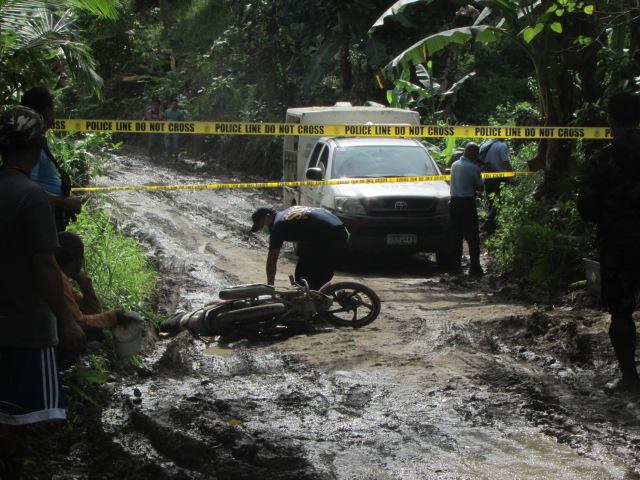 CALBAYOG CITY – Another village chief and his companion fell prey to the bullets of still unidentified group of gunmen in the morning of January 19, 2017.

Village Chief Roberto Habilles, Jr., in the company of 41-year old Novilito Ygbuhay, both of Barangay Dinagan, Oquendo District, this city, aboard a motorbicycle were reportedly on their way to the City Hall for an appointment with the local chief executive when along the way and while on the dirt road leading to the national highway, a group of unidentified armed men positioned at the grassy and thickly vegetated side of the dirt road accosted them with continuous volleys of gunfire. 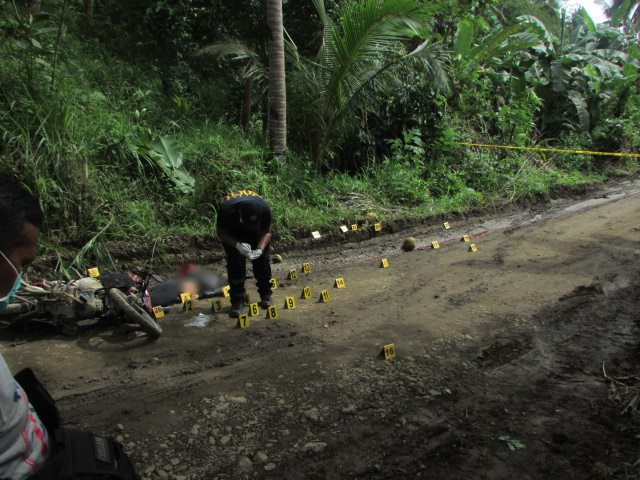 The gunmen scurried away to unseen directions leaving both victims, Habilles and Ygbuhay, lifeless with faces beyond recognition while some parts of the head fell off and out of place. An eye and fragments of a brain were seen scattered on the muddy road.

During the examination of the crime scene, a piece of white paper was seen beside the body of one of the victims. On it is written: "OPLAN TUKLAW: WAG TULARAN KAP ADIK AT TULAK NG DRUGA. UGDS-EV-8." (In English: "OPLAN TUKLAW: Don't be like him, Chief Addict and pusher of drugs. UGDS-EV-8) 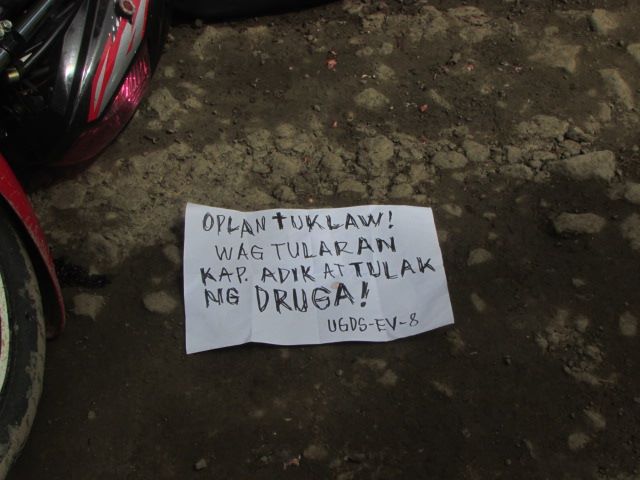 Reports have it that Habilles was taking Ygbuhay to the city leadership for his appointment as one of the village councilors to fill a vacancy created by the demise of the latter's sister.

The Scene of the Crime Operatives (SOCO), found and gathered a quantity of empty shells of caliber 5.56 rifle, 9mm and .45 firearms.

While members of the Joint Task Force CAGASMAS are conducting hot pursuit operations after the suspects, the police, in its investigation, has yet to uncover the motive of the incident.