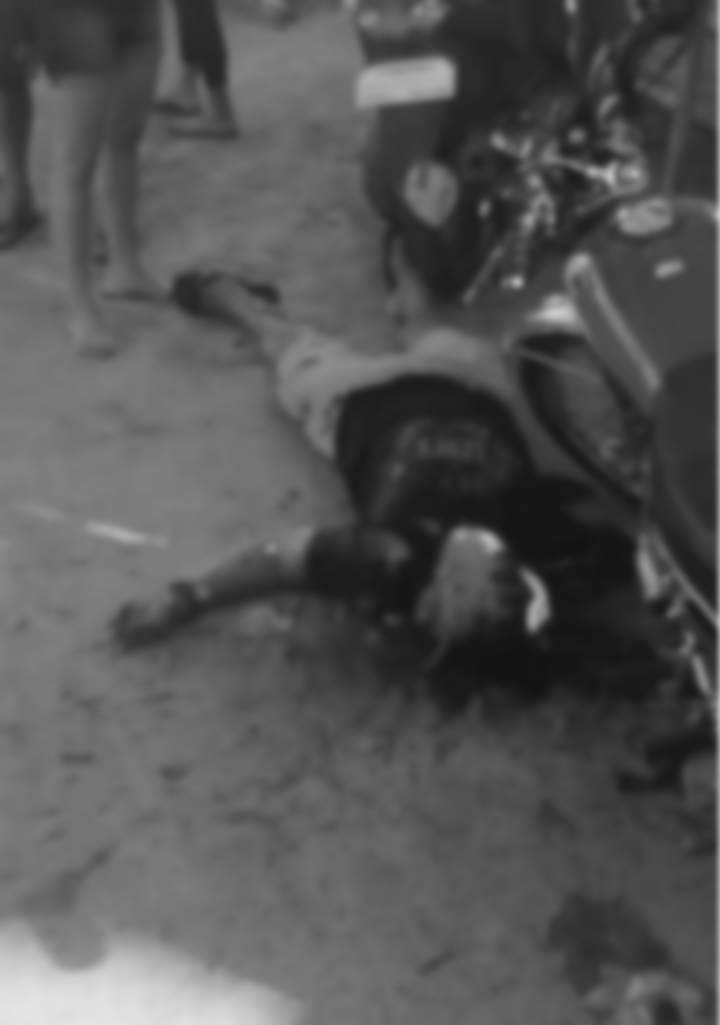 Photo grabbed from facebook
CALBAYOG CITY - The staccato of gunfire that rung out early morning of March 15, 2020, in a village situated along Maharlika Highway about 3 kilometers south of the city's downtown area claimed the life of a village councilor.

Witnesses tell that 3 (still) unidentified persons with long firearms alighted from a black van and, without the slightest provocation, heavily and continuously fired at Arnold Belleza who was on the roadside beside his motorcycle shortly after engaging in a conversation with a person identified in the police report as Jaime Donaire.

The perpetrators allegedly stopped firing and left the area when Belleza was already down lying flat on his back on the ground with multiple gunshot wounds in several parts of his body with some parts of his head appearing to be dismembered, witnesses say.

PNP Investigators reached the area to find the lifeless body of the victim at the east side of the road beside a motorcycle.

According to police officers-on-the case, a family member who came to the PNP headquarters was advised to get witnesses who are willing to help by testifying against suspects while investigations are in progress as to possible motive and identity of the perpetrators.

The police report say that based on available records, the drug watch list contains the name of Arnold Belleza as a High Value Target (HVT). He was ranked number 24 among the Top 50 Drug Personality List in Eastern Visayas (Region 8) while ranked number 14 among the Top 20 list of Samar Provincial Police records. (CJ/JMM)