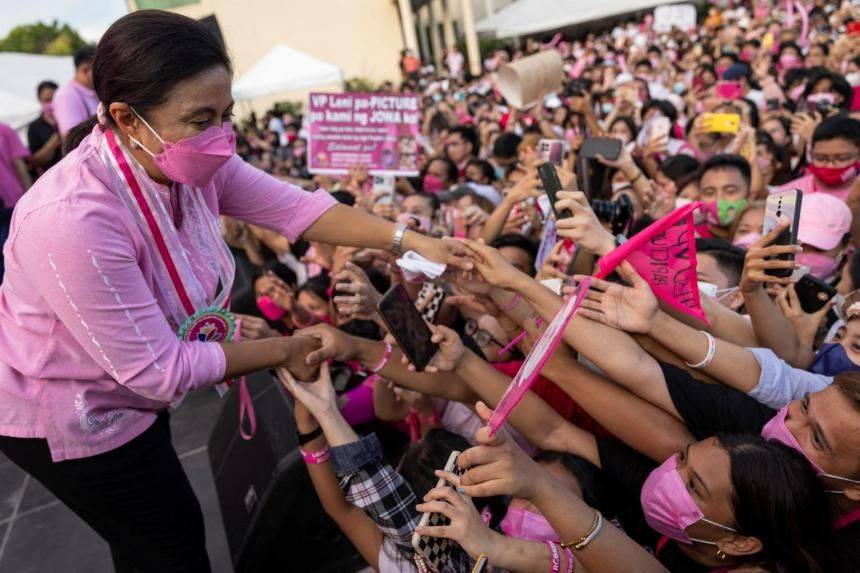 Vice President Leni Robredo vowed that all Filipinos workers, including those in the informal sector, will receive social protection from government if she is elected President in the May 9 elections.

Many of the concerns raised by ordinary workers' representatives including enrollment in PhilHealth, Pag-Ibig, and SSS. Robredo said it is important all citizens receive the same benefits as the employed.

Another issue raised was the eviction of the city's informal settlers. Robredo promised if elected president, that she will institutionalize a system wherein the urban poor will have access to a housing program. She said she will also push for an in-city housing project for illegal settlers who have been evicted from their homes.

She said it is possible to provide homes for the poorest of the poor. She gave examples of how, as Vice President, she was able to provide shelter for Marawi siege victims, they were able to construct a community for evacuees in Sagonsongan Area 7. The Office of the Vice President was able to give free housing to victims of Typhoon Rolly and Typhoon Ulysses in Lupi and Sagñay in Camarines Sur and Guinobatan Albay.

Robredo said it is necessary for a "gobyernong tapat" so the government's money will be spent accordingly. Many Filipinos will be able to receive government assistance if no money is lost to corruption.

Earlier, Robredo and running mate Senator Francis “Kiko” Pangilinan were welcomed by the priest and deacons from the Clergy of Moral Choice (CMC). Over a thousand priests and deacons from across the country signed a Manifesto of Support for the tandem. The religious leaders said they chose Robredo because of the vice president's values and devotion to Christ, according to the manifesto.

Later in the day, Robredo headed to the Golden Mosque in Quiapo, Manila where she met with members of the United Muslim Alliance (UMA) in the event “Liwanag at Pagasa: Iftar para sa mga Muslim Filipino.

She joined them for an “iftar” or the breaking-of-the-fast meal.