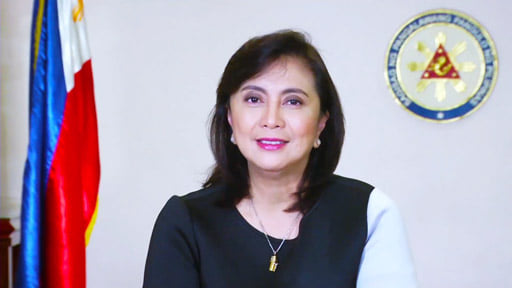 More religious groups have declared their support for presidential aspirant Vice President Leni Robredo and her running mate, Senator Kiko Pangilinan, including the Order of Carmelites in the Philippines, and the Missionary Sisters of the Immaculate Heart of Mary (ICM) and ICM Affiliates. Muslim leaders in Mindanao also endorsed the tandem on Tuesday, March 15.

“We have diligently done our research and have studied the different backgrounds, qualifications, track records, program priorities, platforms, and characters of the different candidates who are presenting themselves to us and soliciting our votes for the highest national positions,” says the signed declaration of the Carmelite order.

“We are individual Carmelites, who, after deep discernment, declare our support for the tandem of candidates Leni Robredo and Kiko Pangilinan, as they aspire for the two highest offices in our land,” says the signed declaration of the Carmelite Order, which said it did its research studying the different backgrounds, qualifications, track records, program priorities, platforms, and character of the candidates. “We believe that they have laudable backgrounds and track records, clear directions and platforms of governance, and most of all, the commendable personal character and integrity that support their competence to lead our nation in the next six years.
The declaration also expressed support for the senatorial candidates running with the Robredo-Pangilinan tandem, whom they believe are aligned with their vision and initiatives for the nation, especially for the poor and marginalized.”

Meanwhile, the ICM sisters called for “transformative change” in backing the Robredo-Pangilinan slate.
“We do not want to slide back to authoritarianism, repression of freedom of expression, historical revisionism, and human rights violations resulting in massive persecution, suffering, and deaths,” said the statement.

It said that “consistent with the values and principles of the congregation,” they are looking for a leader who, among other characteristics, is compassionate to those on the fringes of society, who has a clear vision and concrete programs for different sectors, who respects religious, cultural, and gender diversity, who is honest and transparent in using public funds, who champions truth, peace, justice, freedom, and sovereignty, “a leader who lives a simple life.”

“We, the ICM Sisters and ICM Affiliates, affirm that the person who embodies all of the abovementioned qualities is VP Leni Robredo,” the statement said.

In the southern Philippines, the Pinagkaisang Mamamayan Para Kay Leni at Kiko (Zambasulta coalition) has released a joint statement of the Indigenous People and Bangsamoro People in support of the Robredo-Pangilinan tandem.

The group says the upcoming elections are a big threat to our freedom due to the possibility of the return of the Marcos family.

Leading the signatories is Shiekh Loderson Mahir Gustaham, the chairman of the United Imams of the Philippines- ZAMBASULTA Region, and president of the Association on Humanitarian Institute and Research Foundation Inc.