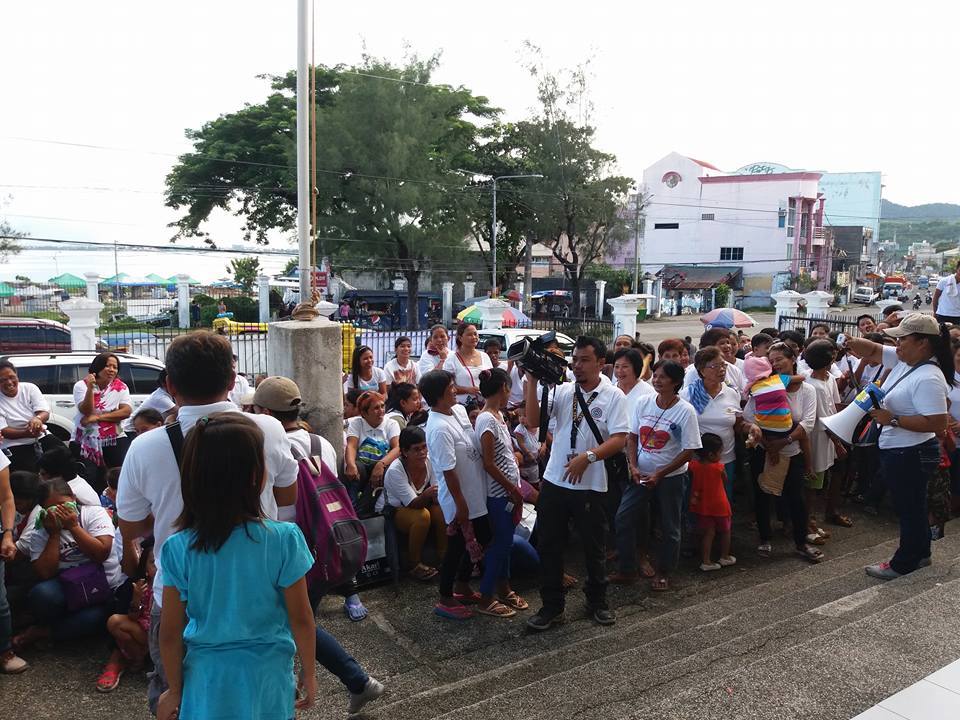 TACLOBAN CITY - More than 500 families of Yolanda survivors together with their community leaders coming from different coastal villages of the city swooped down and gathered in the afternoon of November 16 (2016) at the steps of the Sangguniang Panglunsod of Tacloban to signify their resistance to the planned mass transfer and demolition by the city government of families living in the no-build-zone areas.

Joli Torella of the Urban Poor Associates (UPA) told Calbayog Journal that they received an advisory that the city government of Tacloban plans to undertake a massive demolition of structures in areas covered by the "no-build-zone policy".

Torella said, such move will lead to the force eviction of around 1,000 families per week in Tacloban City’s coastal areas, particularly in Magallanes and San Jose Districts who are expected to be relocated to the northern barangays of Tacloban.

Because of these, coastal communities organized by UPA strongly resist this planned demolition by the city. 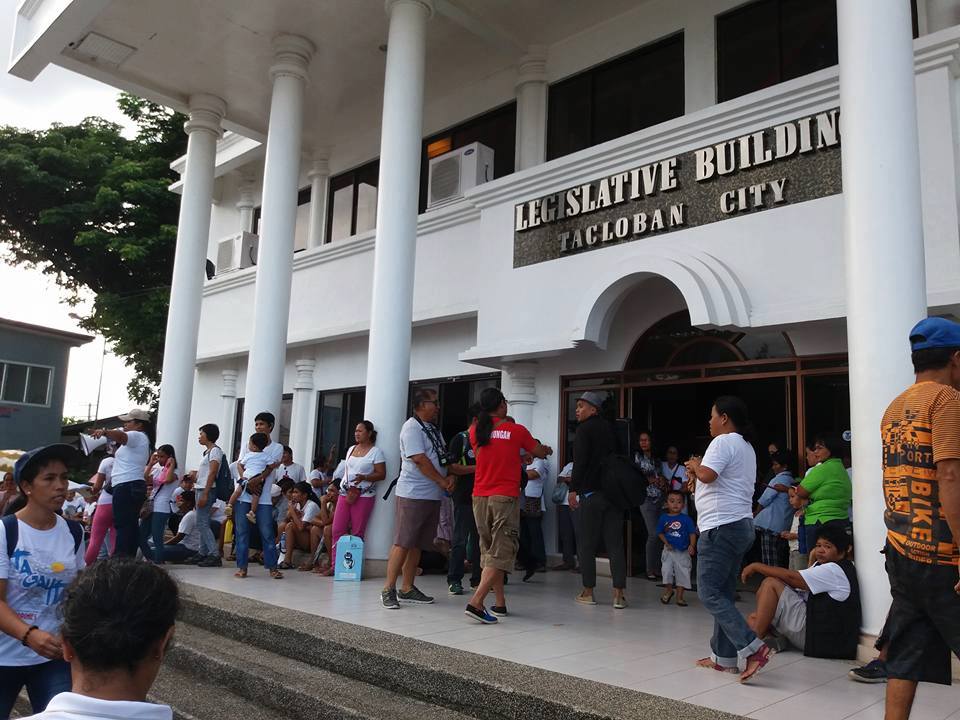 Yolanda survivors said that identified relocation sites in the north are far from the city center and to other essential services, there are no livelihood opportunities for them, no access to water and electricity and families relocated to the area will be subjected to extreme poverty and hunger given the lack of economic opportunities.

Belinda Ginu-o of Barangay 90, Baybay, San Jose told CJ in an interview that, “the city government is rushing to transfer us immediately to the north even if they are fully aware that the area is not yet ready because President Duterte set a deadline of only until December 2016 for housing settlements, We are not resisting nor are we complaining about being transferred to the said area as long as it is safe and liveable.”

On the other hand, Leticia Obillo of Barangay 89-Payapay, San Jose said that “we are thankful to God for that housing project but which has already taken so long a time to finish. I wish that they can already complete and finish the project.

Last, November 8, presidential visit, President Rodrigo Duterte, feel bad seeing Yolanda survivors having no homes yet and the permanent housing projects of NHA and the City Housing has not yet been made available for the Yolanda survivors 3 years after the typhoon. 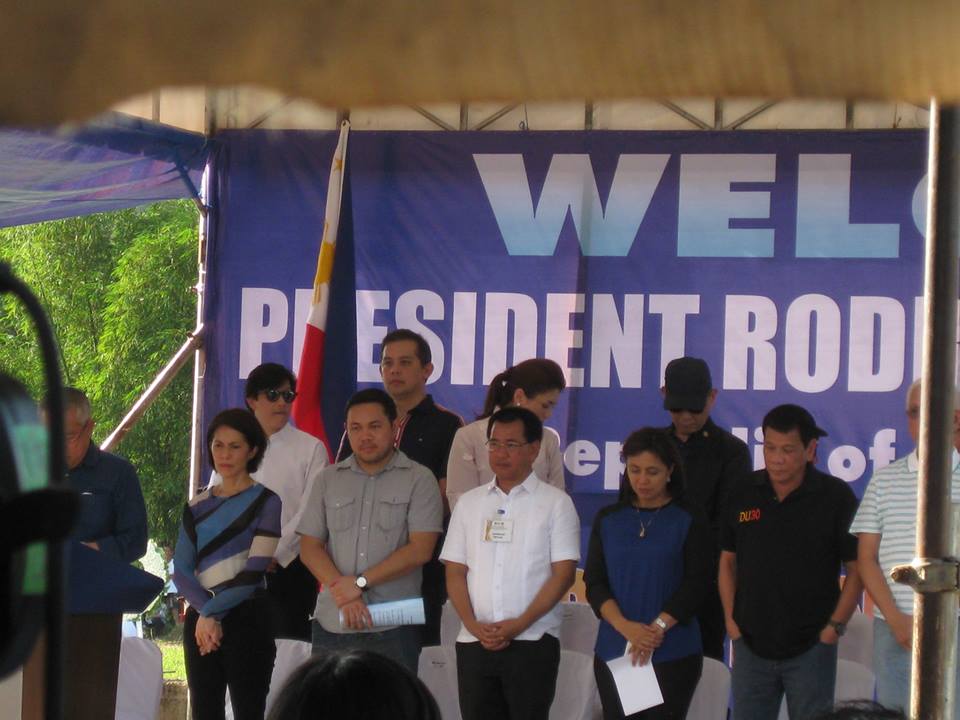 Pres. Duterte, promised to do what it takes; to help Yolanda survivors’ immediate transfer; and setting the deadline until December 2016, ordered NHA and the City Housing to deliver.

The President is expected to be back in the city by December 2016 to inspect the situation of the Yolanda survivors again.

Yolanda survivors in the city remains dislocated with most residents unable to establish better homes. They are still juggling at their old houses near the no-build-zones in the city while they wait for that government-promised permanent houses.

Yolanda survivors continued to tell that “the city government is not committed to rebuilding the city for all of its citizens pointing to the fact that only a few of the permanent houses have been constructed but are now trying to evict all the people from the coastal areas.”

The slow pace of construction efforts of the government prompted people to wonder what is taking it so long.

National Housing Authority blame the city government of Tacloban for creating a complicated processing of all the documents required to construct such housing projects, like the occupancy permit for that matter. 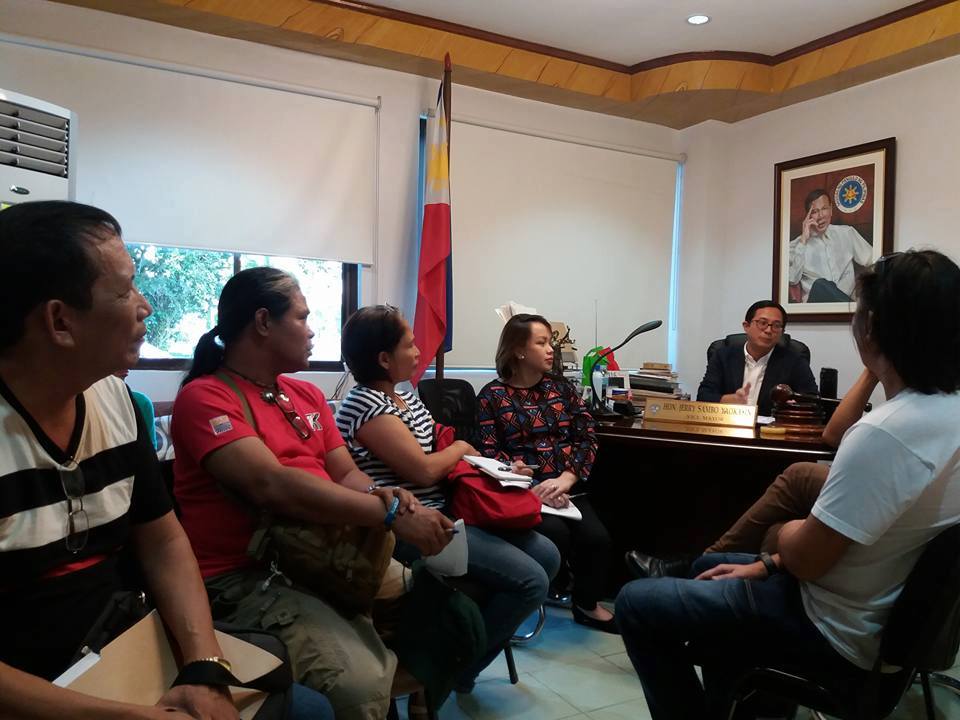 Meanwhile, Vice Mayor Jerry ` Sambo’ Yaokasin said “the city government of Tacloban stays committed to the recovery and set a continuous dialogue to community leaders to resolve the issue and promised them that they will all be taken care of and will do more than restore, by improving economic, social and environmental conditions of people. (CJ/jmm/JAZMIN BONIFACIO)