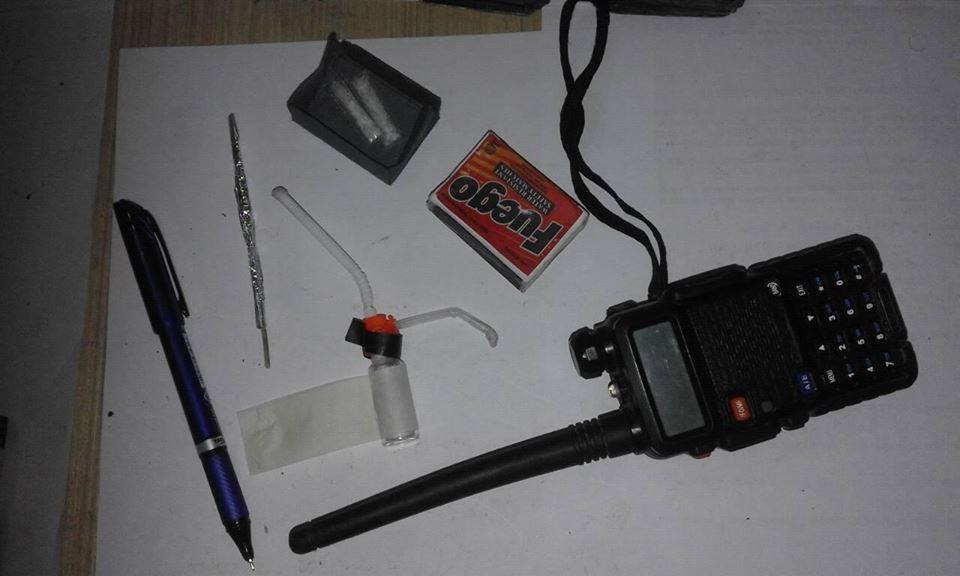 CALBAYOG CITY – Members of the Private Armed Group (PAG) suspected to be responsible in the shooting incidents that occurred in the city during the second and third weeks of January (2017) are believed to be under the influence of the prohibited substance, popularly known as “shabu.”

Mayor Ronaldo Aquino and Acting City Police Chief, P/Supt. Marlon Quimno, in separate interviews, expressed strong and common belief that these members of the Private Armed Group (PAG) engage in the use of shabu as manifested in the manner by which they execute their victims.

In January 18, 2016, Task Force CAGASMAS apprehended Juvy Openiano, a resident of Barangay Esperanza who was seen carrying a caliber M-16 armalite rifle while in the process of copra-making in the said barangay. One other companion of Openiano was able to run away and elude arrest.

During the search within the vicinity of the copra kiln, several other items were found such as, another M-16 armalite rifle, ammunitions, bandolier, hand held radio and two sachets containing suspected shabu, with shabu paraphernalia such as improvised tooter and several sachets containing residues of suspected shabu. https://www.calbayogjournal.com/cagasmas-ops-yielded-firearms-ammos-drugs-paraphernalia-one-person-arrested

Police Chief Quimno, during the interview expressed belief that PAG members really engage in the use and selling of shabu. He said that: “They sell and they also use. One of them can get the supply from downtown or somewhere, then sell it to their mates in the place where they camp because shabu cannot be for free. It is expensive. Based on the items uncovered (from where Openiano was arrested), one sachet will cost Php5,000.00 already. And if you look closely at the contents of the item, you can realize that it is of high quality. Looking at the other evidences seized in the area, - waterpipe (tooter), rolled aluminum foil and other paraphernalia used by a drug addict that they have, we can say that these suspects really engage in the use of shabu. Maybe they use shabu while in the process of copra-making to induce physical and mental strength provided with the atmosphere of the area being isolated.” 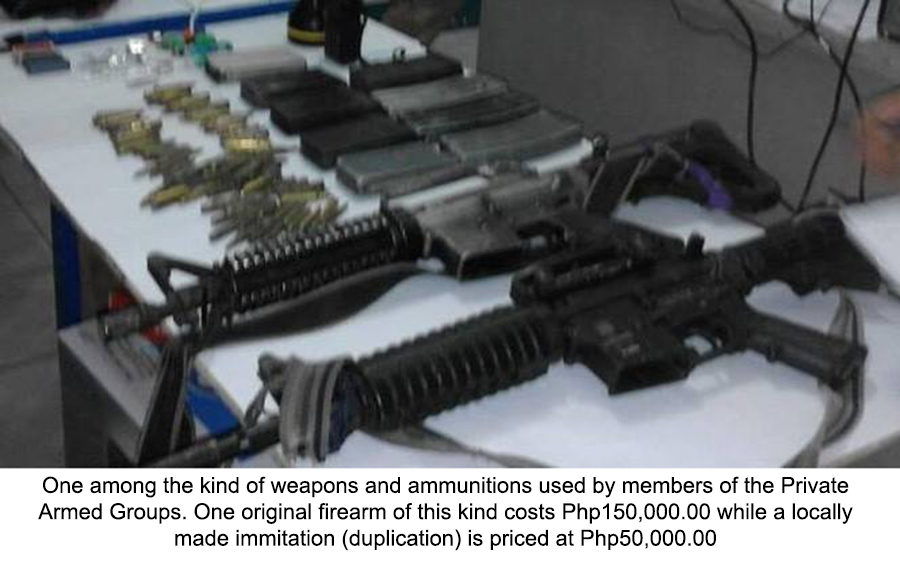 Based on the manner of killing where victims’ faces and body are riddled with bullets, just like what happened in Barangay Victory 16 months ago, Mayor Aquino said that “On my own analysis, these people who can do this kind of act do not demonstrate normal anger. Typically, a person who kills out of anger would immediately abandon an area after ensuring that his victim is dead. However, the recent cases of shooting incidents (where a whole magazine of ammunitions is consumed at the head of a victim) do not speak of normal anger. It reflects that the shooters are out of their minds. The victim is shot dead! Why is there a need to disfigure the face and dismember to fragments the parts of the head and body? And in my observation, somebody is financing the existence and operations of the PAG.”

On the other hand, Joint Task Force CAGASMAS, in accordance to their mandate, is currently conducting operations for the arrest of PAG members, while, according to Quimno, the police force is including in its investigation the possible source of shabu that the PAG members are able to acquire. (CJ/JMM/From the report of Eleen Lim)