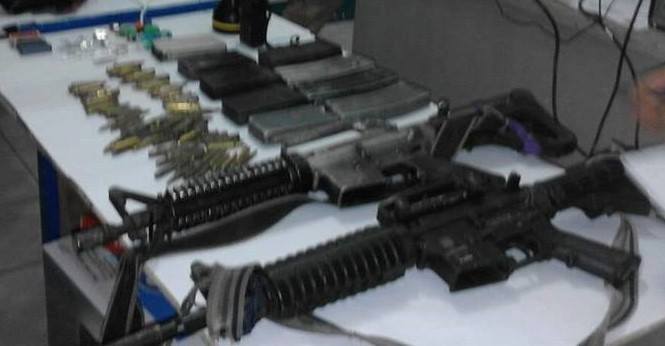 CALBAYOG CITY – Killings believed to have been committed by private armed groups (PAGs) that seemed to have recurred in the first month of 2017 triggered concerns and apprehensions about its escalation as October 2017 barangay election approaches.

It will be recalled that in September 2016 when (before its postponement to October 2017) the barangay election was barely a month ago, six (6) recorded shooting incidents in the city were recorded and suspected to have been perpetrated by members of the PAGs. Eight (8) people were killed, and two (2) others wounded, within a span of sixteen days in September 4 to 19, 2016. (https://www.calbayogjournal.com/oic-cop-quimno-taking-on-the-challenge-of-lawless-elements-in-calbayog)

Addressing the matter of the series of killings in the city, Philippine National Police (PNP) Director General Ronaldo “Bato” dela Rosa, during a press briefing at the PNP Regional Office in Palo, Leyte on September 13, 2016, issued a directive to Samar PNP Provincial Director, Senior Superintendent Elmer Pelobello, “to dismantle the private armed groups in Samar” with a stern warning of being relieved from post should the latter fail to deliver his order. (https://www.calbayogjournal.com/samar-prov-l-police-chief-ordered-to-disband-partisan-armed-groups-in-the-province 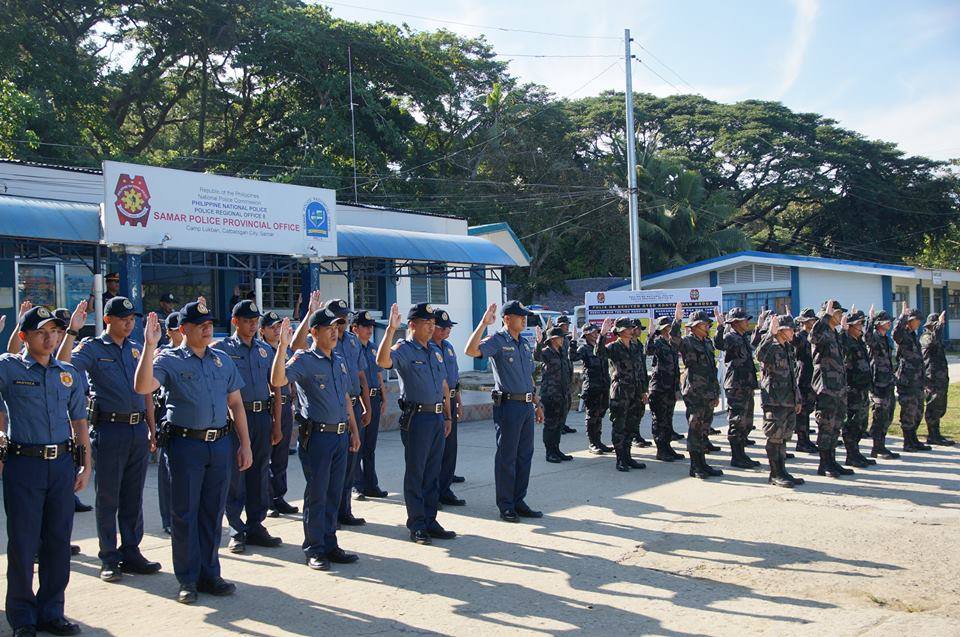 Following the series of shooting incidents in Samar’s first district – two in the city of Calbayog and one aboard a bus that was within the vicinity of the municipality of Tarangnan (https://www.calbayogjournal.com/shot-dead-cousins-on-board-a-passenger-bus) - during the month of January, 2017, Samar’s Provincial Police Command is under a new head.

P/SSupt. Feliciano G. Romero, Jr. was named and installed as acting provincial police chief by the fourth week of January, 2017.

The primary mission of the task force, composed of the army and the police, was to track down the group of Montealto, Belleza, Managaysay and Oquendo groups believed to be operating in Calbayog City and in the towns of Sta. Margarita, San Jorge, Gandara and Matuguinao, all in the first legislative district of Samar. 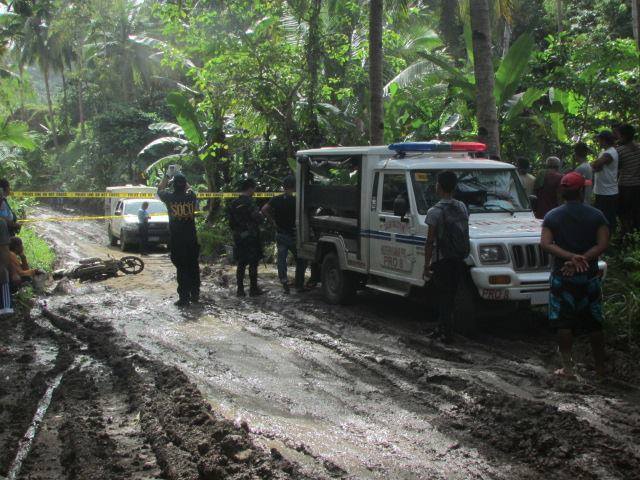 LIBERAL PARTY VILLAGE OFFICIALS AND LEADERS IN THE HIT-LIST

In an interview, Calbayog City Mayor Ronaldo Aquino said that “the city have experienced serious violence with a series of unsolved murders of party leaders and village officials. To include the recent killings, the vendetta is seemingly against village officials.”

As early as January of 2017, four (4) people killed in two (2) separate shooting incidents are recorded in the city’s police headquarters. Reports entered two fatalities each in both of the occurrences that happened nine days apart.

The cadavers of Dionesio Labeña and Edmundo Barias, found (60 meters apart from each other) were riddled with bullets within the vicinity of Malid-id Creek, about 500 meters away from the community settlement of Barangay Hibatang in the city’s lower Happy Valley area. Barias is husband of the first councilor while Labeña is Chief Barangay Tanod (Chief Village Peace & Order Officer) Labeña. Both victims were allegedly the advance team of the Barangay Captain (Village Chief) who was heeding an invitation (towards the way of the creek) when they were confronted with gunfire by a group of gunmen at around 2:00 PM of January 11, 2017. Scene of the Crime Operatives (SOCO) recorded to have found 21 empty shells of caliber 7.62, 46 empty shells of caliber 5.56 and 4 other deformed bullets. Two witnesses to the crime surfaced to inform that there were 17 armed men seen shooting the victims. With all of the 17 suspects still at-large, fourteen of them are identified and named in a Double Murder case filed by the police.

The latest of the two shooting incidents in January 2017 killed Barangay Captain (Village Chief) Roberto Habilles and his companion, Novelito Ygbuhay in Barangay Dinagan in the city’s Oquendo District. (https://www.calbayogjournal.com/village-chief-aide-shot-to-death)

By a record of more than a dozen barangay officials and party leaders killed in shooting incidents, it is alarming to note that not a single case has been solved. 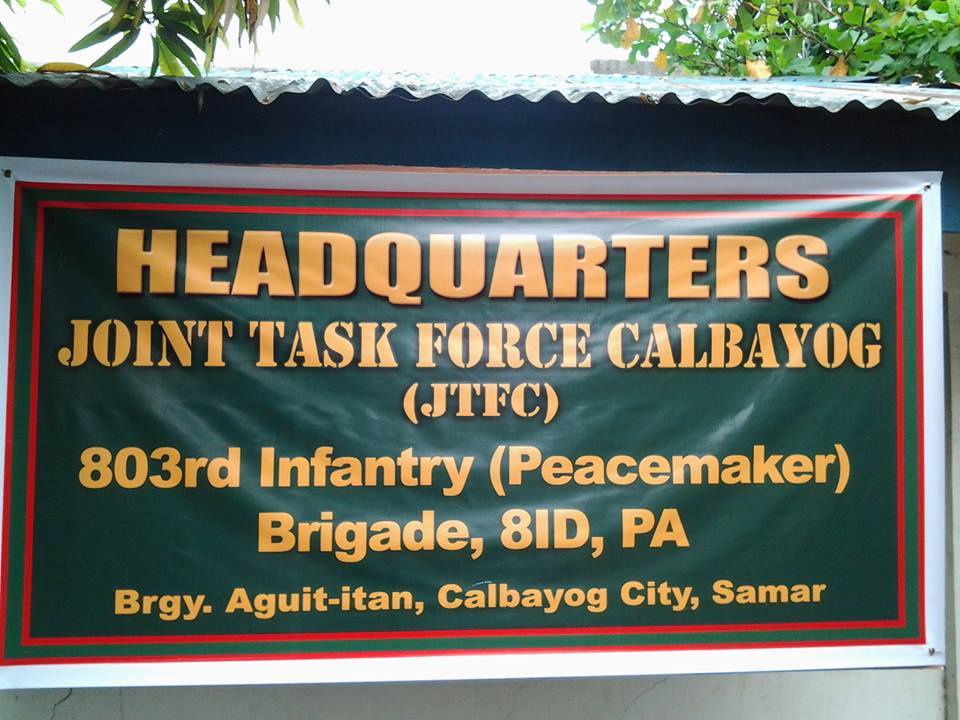 “Private armies never really went away; they are again resurrected and we have this stigma against PAG members who are always bloodthirsty and torturous.” Aquino added.

In the belief that fear will persist as long as killings with impunity in Samar will continue, Congressman Edgar Mary Sarmiento of Samar’s first congressional district, again, wrote an appeal to JTF CAGASMAS for the implementation of the recommendations made to promote human rights and the rule of law.

“We are appealing again to Task Force Cagasmas to disarm and disband paramilitary groups to prevent killing from recurring; to impartially investigate abuses made and appropriately prosecute those responsible.” Sarmiento stressed. 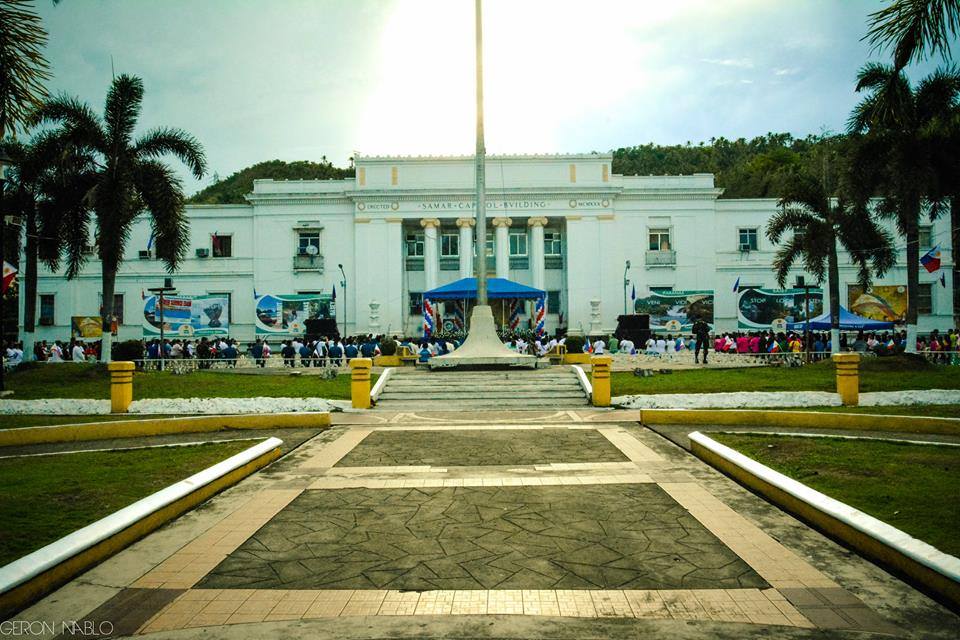 A HUMDRUM OF KILLINGS AND MURDER

On the culture of state power being in the hands of political dynasties and as such maintains power through force, it is of note that election in Samar has always been a show of bloody violence.

According to intelligence reports, private armies maintained by these dynasties in Samar are believed to be heavily armed with M16s, AR15s, handguns, grenades and handheld radios used by these paramilitary groups to intimidate and silence all political opponents, perceived critics and even journalists, thereby perpetuating a climate of fear and repression in order that justice and accountability for corruption and abuses in Samar will be absolutely beyond reach.

With the resurgence of private armed groups in Samar posting uncertainties about the efforts of Joint Task Force CAGASMAS in combatting crime being a hollow victory, Calbayog’s Acting Police Chief, P/CSupt. Marlon L. Quimno is confident to say that: “we are making progress by reducing violence and killings in the city in a short span of time – for four months we have comprehensively dismantled PAG networks resulting to unprecedented decline in crime by mounting random checkpoints in strategic areas of the city and nearby towns.”

“The resurgence of private armies in Calbayog is preventable. It is important to keep the community safe. What we need is the full support and cooperation of all village people,” Quimno stressed.

In continuing the hunt for the members of the PAGs in the area, the police announced an increased and wider police force deployment. (CJ/JMM/JAZMIN BONIFACIO)